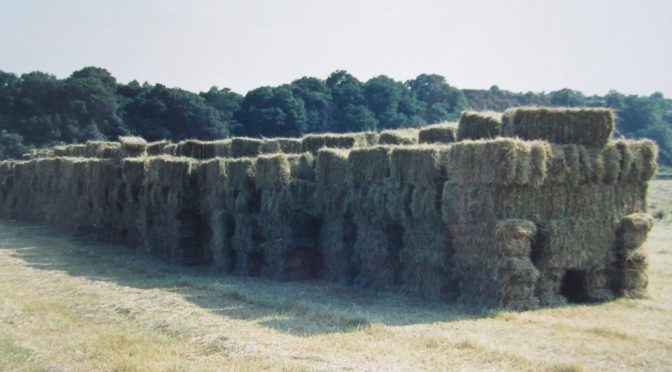 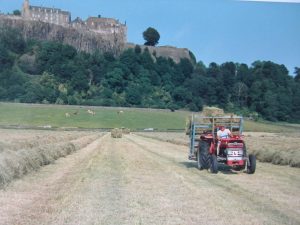 The Board of Agriculture’s county surveys include a good deal of information about farming, agricultural practices and implements and tools. The Stirlingshire survey, written by patrick Graham, provides a couple of account on haymaking in the county in 1811. It is interesting to se what aspects of haymaking continued until well into the twentieth century. 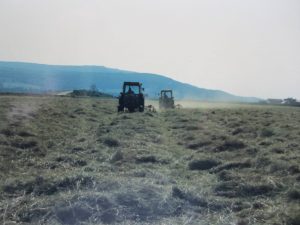 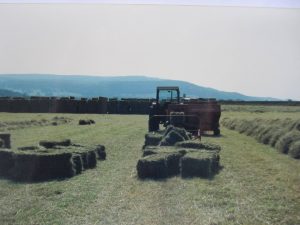 A few weeks after the hay is taken off the ground, a second crop of clover alone springs up with great luxuriance. It is cut down,f or the most part, for soiling, and furnishes an excellent food for milch cows and for horses. Sometimes that which remains remains till the frost begins to set in (by which this tender plant is soon destroyed), is mixed up into a stack with early threshed straw. It heats or ferments, in a certain degree, and gives succulence to the straw, forming a very nutritious food for cattle.
This second crop is clover is often, as has been noticed, ploughed down for a wheat crop; and furnishes an enriching manure to the ground.” 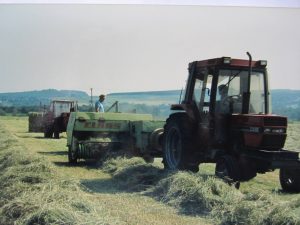 For meadow hay “in manking this hay there is more risk incurred, and more attention required, than in making hay of artificial grasses. In the latter, the fibre is large and strong; it easily admits the current of air, and long resists the effects of a rainy atmosphere. Meadow hay is soft in its fibre, and retains its succulence long; and can be dried for stacking only by a long and frequent exposure to the sun and wind. In rainy weather, which is so frequent in this climate, at that season, meadow hay frequently loses both its colour and its 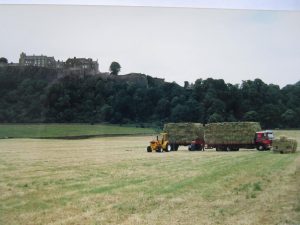 sap, so as to become unpalatable to cattle. Perhaps the most proper process in such weather would be, to put it up, from the very first, in very small coils, or cocks; and to embrace every favourable moment for turning these upside down; throwing, as circumstances will admit, two or three into one, and forming them with precision, so as to ward off the rain. By this method, the coils are ventilated, so as to prevent their hating; and the sap and colour of the hay is preserved.”

The photographs of haymaking on the Carse of Stirling were taken around 1987.