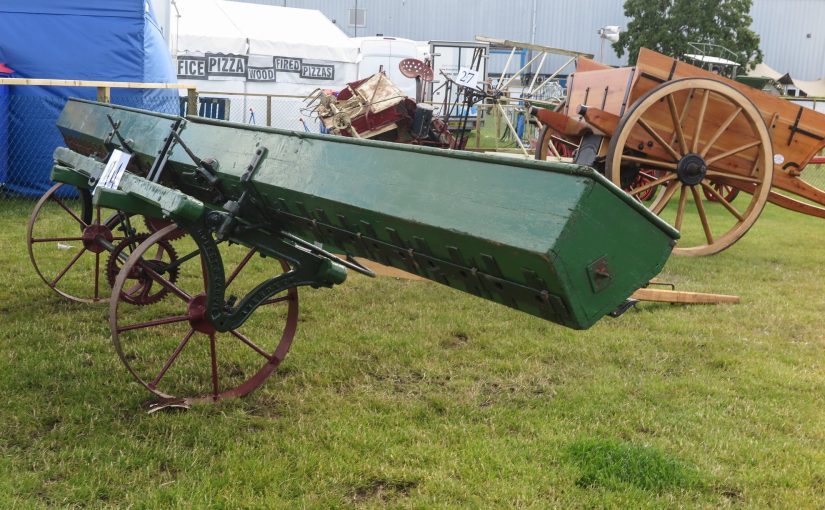 By the late 1950s farm mechanisation had made significant in-roads into Scottish farms. There was an emphasis on tractor power and using a wide-range of implements and machines for crop and animal husbandry. Some farms invested in tractors with their associated name-sake implements and machines, such as the Ferguson system. Others were starting to make greater use of the new grain harvesting technologies of the combine harvester with its accompanying changes in grain handling and storage.

In the Strathearn district of Perrthshire in the late 1950s a number of farms were having their displenishing sales. These show what the individual farms were using on their farms by way of implements and machines as well as the rate of mechanisation that was on the farms. While this varied from farm to farm, the farms showed that some very up to date technologies was being used, including new tractors and combine harvesters. They were also working with implements and machines made by leading Scottish, English and international makers such as Ferguson, Ford-Ferguson, Fordson, International, Farmall, Massey-Dickie, Massey Harris, Sellars, Taylor, Ransome, and Wallace, amongst other names.

So what implements and machines were being used on farms?

Adverts in the local newspaper, the Strathern Herald, provide full accounts of what implements and machines were being used on a number of farms in the district). These include: