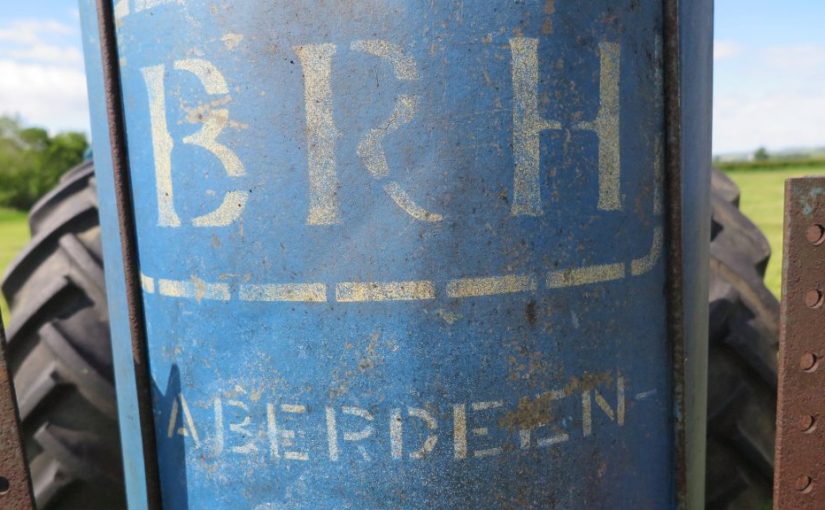 Early important changes were brought about in 1915 with the retrial of Robert Tough. The business continued to be run by the remaining partners, Robert Ross and Thomas Hutchison. Mr Barclay, the other partner, had been commission agent in Aberdeen from at least 1874 and then a manure, agricultural implement and commission merchant by 1890. By 1898 he was described as “Morrison Barclay, of Barclay, Ross and Tough.

In 1929 the take over of B. R. H. by Scottish Agricultural Industries Ltd was recorded in the Scottish newspaper press. The Aberdeen press and journal on 25 May 1929 provided an extensive account on the change of business. It is worth quoting at length:

“Aberdeen business changes hands Messrs Barclay, Ross, and HutchisonWhen Scottish Agricultural Industries Ltd, was formed at the beginning of this year, it was stated that their intention was to deal in all agricultural requisites, and, following that policy, they have arranged to acquire, as from July 1 next, the whole of the shares of the old-established business of Messrs Barclay, Ross and Hutchison Ltd, Aberdeen, whose name is well known to agriculturists in the north and midlands of Scotland as seedsmen, millwrights, and manufacturers of agricultural implements.

The business will be carried on as hitherto with the same staff, and under the management of Mr Hutchison, who has been a director for many years.

Mr Ross, the senior director, is retiring, but the company will continue to have, when necessary, the benefit of his advice and experience.

In more recent years the trading activities of the firm were greatly developed throughout all parts of the north-east. No business of its kind is better known in this area.

Barclay, Ross, and Hutchison hold a Royal Warrant as agricultural implement makers to His Majesty the King. The engineering works are at Craigshaw, Torry, where the chief output is threshing machines, manure distributors, and cultivators.

Mr Ross and Mr Hutchison acted as joint-secretaries of the Royal Northern Agricultural Society for many years, and it was owing to the expansion of their business that they were compelled to give up that office.

Mr Hutchison has been the demonstrator for several years on farm implements for the North of Scotland College of Agriculture.”