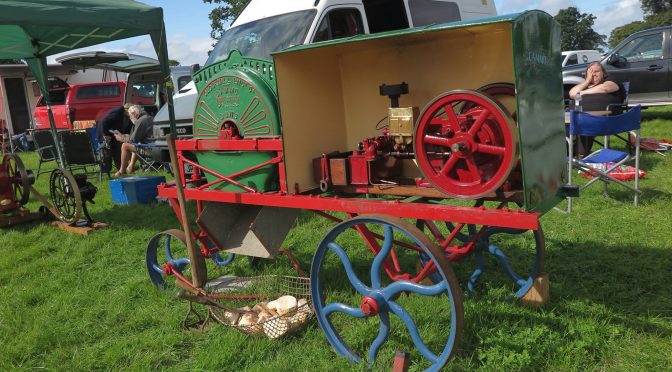 The name Cammo Foundry, Duns, will be well-know to some of the readers of this blog. It is a name that can still be seen around the rally field, for example at the Borders Rally and Scotland’s Farming Yesteryear. 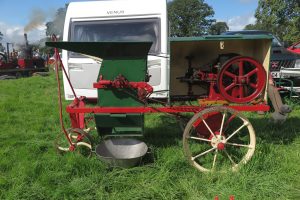 Behind the foundry was the name of Thomas Brown & Sons which operated the foundry from at least the 1860s until the 1920s. It described itself as engineers, agricultural implement makers, millwrights, iron founders, mechanical engineers and wholesale ironmongers. Among its manufactures were reapers, mowers, mowing machines, turnip sowing machines, and turnip cutters. Ut was an irregular visitor to the Highland Show, favouring the meetings in Edinburgh, and the borders, for example at Melrose, Kelso and Hawick. 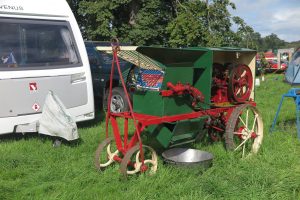 The company was renowned, being awarded a minor silver medal for its collection from the Royal Highland and Agricultural Society in 1875. It was also an innovator, inventing a combined sugar beet and turnip seed sowing machine in 1926.

The head of the firm was Robert Brown. According to the North British Agriculturist in July 1893, “the firm of Messrs Thomas Brown 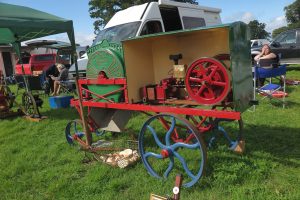 & Sons, Cammo Foundry, Duns, Berwickshire, was established by the late Thomas Brown at Edington, near Berwick-on-Tweed, over forty years ago, who was well known as a plough maker all over the Borders. Ten years later, Mr Brown turned his attention to the making of reapers and mowers, and in this was eminently successful, for, so rapidly did he gain a reputation for the efficiency of his machines, that he found his premises inadequate for a growing trade, and consequently removed to Duns to more commodious premises, where he added to his establishment an iron and brass foundry for producing the castings required for the different implements. Here he carried on the business in partnership with his sons under the title of Thomas Brown & Sons. About ten years ago the firm gave their attention to engine building, turning out in large numbers useful vertical farm engines; and later, to 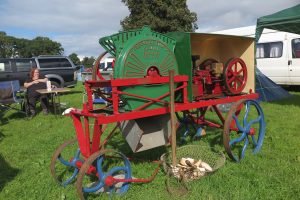 threshing machines, which are now a special branch of their different manufacturers. The growth of their reputation in this department has been a rapid one, for the farming public have been early to recognise in their engines and threshing mills a superiority for efficiency and finish. Two years ago, Messrs Brown’ works were rebuilt with considerable additions, and have been fitted with the most modern iron and wood working machinery for rapid and accurate production. The late Mr Brown, the founder of the firm, who died nearly a year ago, was one of the earliest makers of reapers in this country, and with the stamp of the “Cammo” reaper and mower, his name will be honourably identified all over Scotland and the north of England. The firm is now carried on by the sons, who have been practically trained in all the branches of engineering; and Mr Robert Brown, the eldest son, whose likeness we reproduce, is at the head of the concern.”

A renowned Berwickshire maker that you can still his manufactures today!

The photographs were taken at Farming Yesteryear, September 2018.