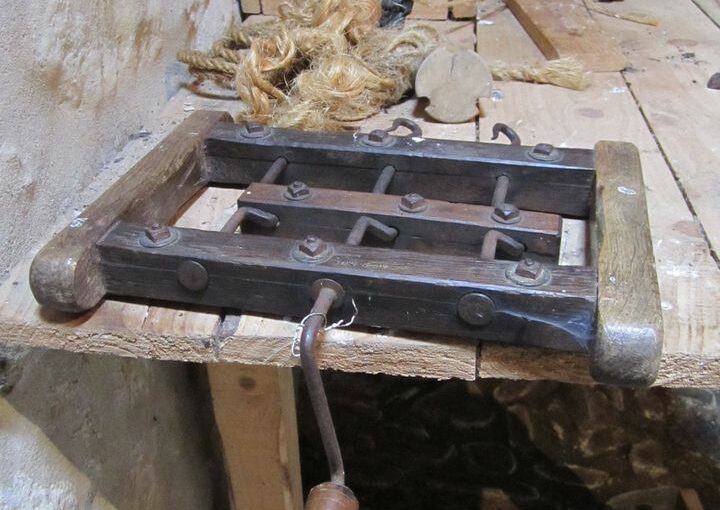 We have previously mentioned that adverts for farm displenishing sales provide an important source of information on the use of agricultural implements and machines.

A sample of adverts for farm displenishing sales in Aberdeenshire in April 1875 provides a number of insights into farming in the county in that year. The Aberdeen press and journal records at least 5 displenishing sale from farms across the county.

They show old and modern implements and machines. On the old, a set of ox harness was for sale at Downiehills (though ox continued to be used into the twentieth century in the county), and wooden boarded ploughs. On the new, at East Fingask, Meldrum there is a new reaping machine. Milltown of Rora had a hay gatherer. East Fingask, Meldrum had a horse rake.

There are a range of ploughs being used for ploughing and making and working drills. There are both iron and wooden harrows. There are no makers’ names included. There are a smaller number of machines for harvesting crops as well as crop processing machines than there were in the adverts for displenshing sales at this time. There is a significant number of horse harness and carts.

Drum
2 box carts with tops; iron single and double ploughs; turnip sowing machine; turnip scrapers; iron and wooden harrows; iron grubber; and a general assortment of other farming implements. 3 set cart and plough harness; barn fan and other barn furniture, with some household furniture. The implements and harness are in good order, and the greater part lately new.

The photographs were taken at the Aberdeenshire Farming Museum, August 2016.