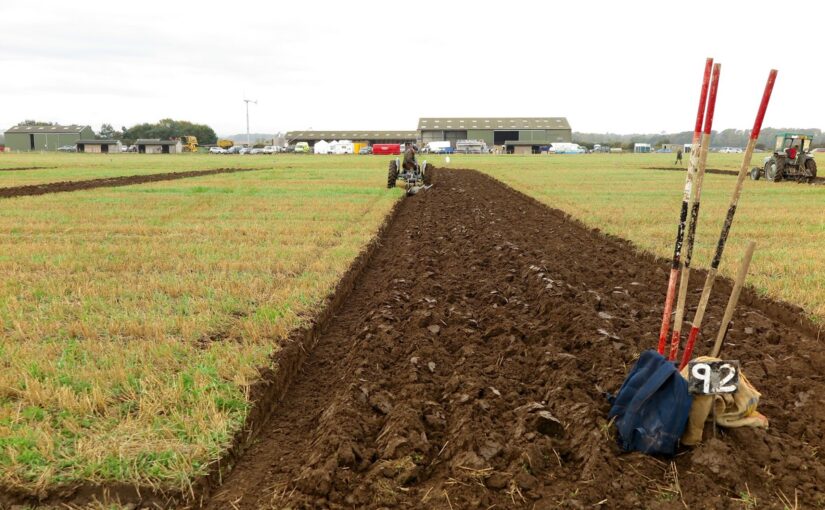 From the mid nineteenth century a number of champion ploughing matches were held in Scotland. These were especially noted in the north-east. They were open to ploughmen who had won awards at earlier matches – hence the matches were matches of champions pitting their skills against one another.

By the 1900s some of these matches were large affairs and were well-attended. We present some accounts of champion matches from the north-east, and east at a time they were well-established:

On 12 March 1900 the Aberdeen press and journal, 12 March 1900 recorded a champion ploughing match at Maryculter:
“A ploughing match of a very interesting character took place on Saturday on a fine field behind the Mill Inn, at Maryculter, in the occupation of Mr Frank Kennedy. It was open only to ploughmen of the first rank, each of whom must have taken a first prize at a competition. There were 18 entries as compared with 28 at the match which was held in the same district at the corresponding period of last year. It was stated that the smaller number of competitors this year arose from the fact that there was an important match at Elgin, at which several had entered who would have been otherwise at Maryculter. The weather was very fine and eminently suitable for the occasion, and there was a very large attendance of spectators, many of them from Aberdeen and from the district round about. The ground was of fine equal light haugh loam. Some of the competitors had been accustomed to ploughing heavier land: but the general character of the work all over was excellent, and such as one might have expected from first rate ploughmen.

From March 1922, the Aberdeen press and journal recorded the Scottish Champion Ploughing Match in Perthshire. Participants were drawn from a wide area of the country. They were watched by a large crowd of spectators:

The Aberdeen press and journal recorded a championship match at Aird and Strathglass, near Beauly, in early 1924.

In the crofter class Colin Mcrae, Foxhole, led, followed by John Watson, Newtonhill.
Hugh Campbell, Bruiach had the best turnout and James Bremner, Teawig, was adjudged the best looking ploughman. John Campbell, Balintore, had the longest continuous service.
The judges and committee were entertained to luncheon by Mr McWilliam, and Miss Cobban handed out the prizes, being introduced by Mr Donald Maclaren, convener. Mr John Campbell, secretary, made excellent arrangements.”

Not only were the matches competitive affairs, but they were also very much social ones. Awards for the best looking ploughman or the ploughman with the largest family or the longest service had been in place for a number of decades.

The photographs were taken at the Scottish Ploughing Championships, 2016.