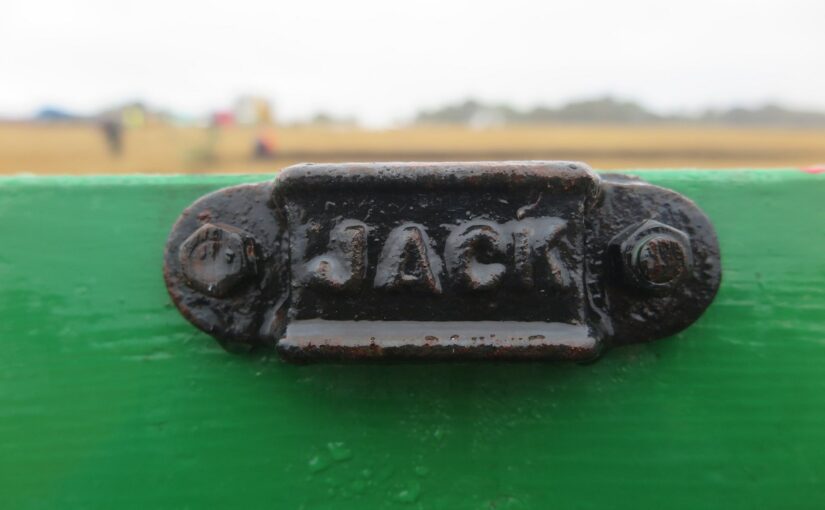 Ireland was an important market for some of the Scottish agricultural implement and machine makers in the early twentieth century. One of the ways that they could make their manufactures more widely known was exhibiting at the Royal Dublin Society shows held in the spring and the winter in Dublin. These were important events for the display of livestock and implement makers.

While the show was an important one for Irish agricultural implement makers, there could be a strong display from Scottish makers. This is shown in the spring show of 1912. The Scotsman’s own correspondent provided a record of the Scottish farming implements on display:

“A feature of great importance to the agricultural community is the display of agricultural implements and other requirements of men concerned in tillage or breeding. Even to the ordinary visitors, the fine display of implements and machinery in motion was a great attraction. Scottish exhibitors are largely in evidence, seventeen firms being represented. Messrs William Smith & Co., New Broughton, Edinburgh, exhibit “the Standard” cattle and cart farm weigh-bridge and other weighing machines.

It is interesting to note how many of these makers are from Glasgow and the south-west of Scotland, especially Ayrshire, which was in easier reach of Ireland than other parts of Scotland. Outwith these areas they include some of the key makers from north-east Scotland who were favoured by the Irish market: Sellar of Huntley and Garvie of Aberdeen; there are still some threshing mills around the Irish rally scene.

The makers are also exhibiting implements and machines that are suited to Ireland, with its emphasis on animal husbandry, milk and cheese production as well as the growing and processing of crops for animal food and potato growing and harvesting.

What Scottish agricultural implements and machines have you seen in Ireland?