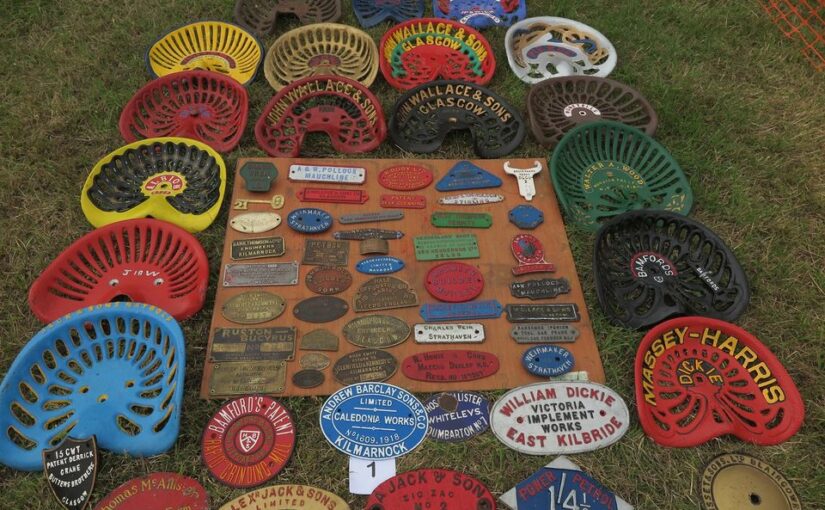 As would be expected, there are not too many names under the letter Y.

One of the old Ayrshire names is J. & T. Young, Newton Green, Ayrshire, which first advertised in the North British Agriculturists in 1849. Its foundry was the Vulcan. It undertook a range of trades including agricultural engineer, agricultural implement maker, boilermaker, engineer, millwright, iron fence and hurdle maker, machine maker and millwright, marine engineer, and steam boiler maker. These trades suggest that it undertook a wide range of manufacturing activities.

William D. Young was taken over by Young, Peddie & Co., 54 North Hanover Street, Edinburgh in early 1850. It also had premises in Glasgow. It continued as an iron fence, gate, bridge and conservatory manufacturers and contractors, agricultural implement makers, until the early 1860s.

The company received numerous awards from the Royal Highland and Agricultural Society of Scotland. These include:
In 1856, an award of 5 sovereigns for best land presser for preparing seed bed and for grain, award of 2 sovereigns for best stone or iron stack pillars with framework, and a commendation for wrought iron lodge entrance gate etc.

These manufactures include not only implements and machines but also sundries that helped the farmer and agriculturist to undertake their work. Metal was key for the manufacture for fences, wire work, stable work and architectural fittings.

The association of the name Young and meatal sundries in Edinburgh continued into the twentieth century with the name of Robert Young Ltd, ironmongers and iron merchants, 192, 194 and 198 Morrison Street, Edinburgh; warehouse Dewar Place Land. The company was incorporated on 20 June 1910 and a special resolution to voluntarily wind up the company was passed on 18 August 1931. The company was an iron merchant, retail ironmonger and wholesale ironmonger as well as a seed merchant. The business had its roots back to at least 1874 through Robert Young, 15 Morrison Street, Edinburgh.