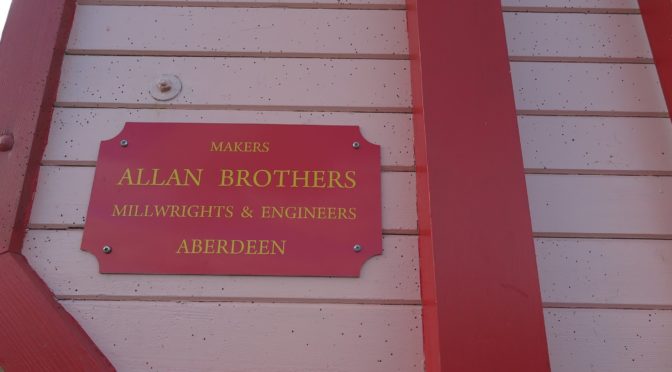 This is a selected list of implement and machine makers from across Scotland in the late nineteenth and twentieth centuries. Some of these names will be well-known to readers, while others are less well-known. Some have been features in past posts on Scottish agricultural implement makers.

Let’s look briefly at one or two of them. Adams of Old Deer, Mintlaw Station, Aberdeenshire, was well-known for their trailers from 1959 onwards. In 1961 their works at Mintlaw Station were known as the Challenger Trailer Works. By 1970 the company – which became Adams Trailers Ltd – were agricultural, industrial and commercial trailer specialists. From 1959 the company was a regular exhibitor to the Royal Highland Show. It entered a number of its trailers for the new implement award at the show in 1967, 1968 and 1969. These included Vari-tip’ trailer invented by F. Murchie, Lodge Farm, Great Ravelry, Huntingdon, and made by exhibitors and the ‘vari-tip’ trailer invented and made by exhibitors.

A much older business was Auchinachie & Simpson Ltd, Keith, Morayshire. In 1866 when it was set up it described itself as Auchinachie & Simpson, Mid Street, Keith, Morayshire (1868). At that time its specialities were ploughs, harrows and other machines. By 1913 these included ploughs, harrows, grubbers and manure sowers. Before 1914 its trades included agricultural implement maker (1877-1913), general implement dealer (1877), machinery broker and dealer (1878-1883), mechanical engineer (1878-1913), smith (1877- 1913), and smith and farrier (1903). Like the other businesses noted above it was also a regular exhibitor to the Royal Highland Show from 1868.

One of the well-known names around the rally field is Allan Brothers, Ashgrove Engineering Works, Aberdeen, whose oil engines and engines can still be seen. It is perhaps more widely known for its threshing mills which it started to manufacture in the 1930s. In 1898 the company was based at 102 West North Street, Aberdeen. It moved to Ashgrove Engineering Works, on Back Hilton Road, Aberdeen by 1901 where it continued to undertake its engineering, engine manufacturing and millwrighting until it was voluntarily wound up in 1956. It was also a regular exhibitor at the Highland Show until 1949.