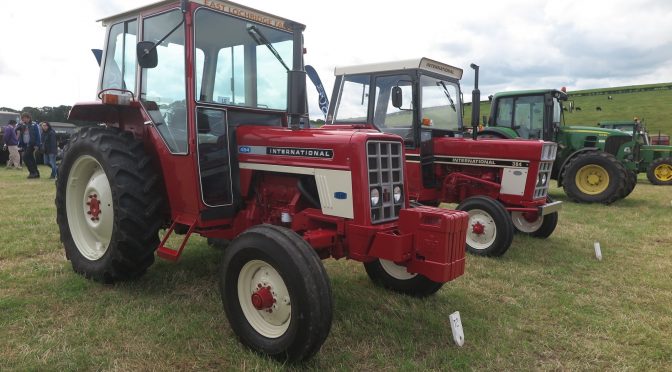 The company, as John Rutherford, Markst Street, Coldstream, was already in business in 1922. John’s sons joined him by 1926. The company was to become a limited company by guarantee by 1 January 1944. By 1926 it had branches in Coldstream, Earlston and Dalkeith. There was another depot at Kelso opened by 1929.

It was an innovative company. It entered implements for the Royal Highland and Agricultural Society of Scotland’s new implement award at the Highland Show. In 1926 it entered Rutherford’s self-propelled cutter outfit. In 1929 a portable hand power turnip cutter outfit as well as new power potato riddle.

As noted, it had been a Fordson dealer from 1930. By 1945 it was a David Brown and Albion dealer. In 1955 it was an agent for a number of tractors including Bristol, David Brown, Fordson, Marshall and Fowler. From 1960 it was an International-Harvester dealer.

Next time you see the Rutherford name badge you will know the tractor or implement came from a well-known and innovative company in Berwickshire.

The photographs were taken at the Ayr vintage machinery rally, July 2019.